Do you accept Bitcoin for your vacation rental business?

We think it won’t be too long before we see more companies accepting cryptocurrencies for services and products, including holidays and holiday rentals!

While Bitcoin is still not widely accepted at most retailers, a number of travel sites have adopted it into their payment options. Travelers could see Bitcoin as a way to avoid costs of currency conversion, cash machine withdrawal fees, banking transactions fees, and fraud risks that come with day to day credit card use. This according to digital currency news site CoinDesk.

According to this survey, a significant proportion of Americans have heard of Bitcoin and many own some. The survey goes on to say:

A supermajority of holders are male, under 34 years of age (58%), white. One analyst phrased the results as basically admitting ten percent of millennials own bitcoin while older Americans barely break one percent. Bitcoin holders’ politics are politically independent by half: less than 20% trust their government more than the Bitcoin network (almost a quarter).  A third of holders “use it to avoid government regulation,” 28% “see it as a store of value,” and 63% “see it as a growth investment.” Revealingly, little-to-no discussion about bitcoin’s medium of exchange use case seemed pressing. Holders were three times more likely than their no-coiner counterparts to claim they’d purchase more bitcoin if they had an extra $1,000 USD

There are billions of dollars “invested” in these assets which can fluctuate by millions by the minute. Google and Facebook, however, have clamped down on advertising for cryptocurrency sales and investments and national governments have banned the use or are trying to control its mechanisms.

This is all good news for real-world businesses as it pushes companies with an ethical model to the forefront of the industry. This may have been a get rich quick scheme for traders, rather than those looking at the underlying fundamentals and we will see more of this no doubt, but like the big internet crash, it exposed the winners and losers. Who will be the next Blockchain, cryptocurrency winners? Will it be a centralized model with governments or large corporations controlling the money flow, or will it be the “wisdom of the people”, using decentralized systems?

Whatever the case, it’s not going to go away in a hurry. The public love frictionless transactions, they love freedom, they love tech, they like to travel more, many like to gamble! Furthermore, many have voted against the current status quo, think Trump, think Brexit, even think Germany and Italy in their recent elections. The world is unhappy at the corporate activity, its lack of social responsibility, its amazing tax returns and the sheer power of money to influence decision makers.  This technology with its digital transactions, a vast swathe of interest and smart people with vast potential could see a sea change of business practice. Consumers who have an opportunity to gain, plus save money and be less controlled are going to adopt new options.

The attitudes may well have changed since the crypto bloodbath of the last few months, but this does not mean the momentum has died completely and is going away. It may well be a time of re-balancing the hype around the growth opportunity of investing in Bitcoin or any of the other hundreds of altcoins. One thing is for certain many will not survive and their business models are built on thin air. There will be increased interest in the solidity of the models going forward and the actual use cases. Expect to see more regulation and concerns over private investor risks, however.

The technical challenges of integration, fraud, processing speeds and the main concern, volatility, will continue to see developments, improvements, and safeguards.

There are already a number of major companies accepting Bitcoin and a few in the travel industry, the most notable being Expedia. We have listed a few more below.

With the crypto market still depressed, perhaps the opportunity for traders to release some of the coins and enjoy the fruits of their recent gains may result in a terrestrial spend and even a holiday!

In the flight sector, CheapAir has first-mover advantage and was the first in the world to accept payments in Bitcoin in 2013. The California-based company offers flights on all major airlines and to all major airports worldwide. ABitSky.com is specifically geared toward travel around continental Europe.  Latvia’s national airline airBaltic has accepted Bitcoin since 2014 for its discount flights to the Baltics, Russia & Europe. In 2017 Japanese air carrier Peach Aviation announced it would start accepting Bitcoin for its discount flights through North Asia by the end of 2017. BtcTrip is a meta flight site that offers flights and payments in Bitcoin.

For others who want to spread their purchase options, gift cards can be purchased and used at hundreds of outlets. Two such are egifter.com and gyft.com where companies such as South West Airlines and Hotels.com can be booked.

There are booking engines and startups focussed on this opportunity: such as Simple Booking which like Guestleader claims to be the first.

There have been many booking systems however over the years that have accepted Bitcoin via Bitpay integration, they just never created sufficient publicity about it.

These hotels have accepted digital currencies for a while:

If you wanted some privacy on your flight then Monarch Airlines are the company to approach. In one of their forecasts for 2018, accepting Bitcoin plays a big part. If you are in the US and fancy a road trip, try CoinFuel. The website offers gasoline gift cards in Bitcoin to an array of gas stations including Shell, BP, Sunoco, and Gulf..

Should you consider accepting cryptocurrencies?

It’s the million Bitcoin question! There are a few considerations, but there is no immediate rush.

The general concept of decentralized marketing platforms connected to cryptocurrencies makes real sense. It opens up opportunities for smart people to create new and cheaper marketing platforms that challenge the OTAs and reduces fees for supplier and guest and avoids expensive financial exchange fees e.g. Bee Token. We are certainly not close yet, but the enthusiasm and reasons for their establishment are not going away and if anything, it is becoming more imperative.

To accept cryptocurrency you will need to consider how and which currencies to accept. The easiest and most popular are Bitcoin, Ethereum & Litecoin. The second consideration is how to accept a payment. There are two options:  The first is by sending a payment link for a particular coin to the guest, the second is with full integration to your websites with a real-time exchange rate mechanism that converts prices from fiat currency to crypto and once transacted, vice-versa. Companies such as Bitpay offer this service.

There are payment companies that initiated Bitcoin integration, such as Stripe, who mints its money from fees on card transactions but have recently ended Bitcoin support. Within this news, however, Stripe show enthusiasm for dedicated crypto platforms, such as OmiseGo, Lightning, Stellar and processes based on Ethereum.

Don’t ignore this trend as there is a substantial amount of asset value and new forms of a digital transaction are coming. Keep an eye on the tech companies that can a) help you through the options and b) expose your inventory to the new decentralized marketing platforms that aim to reduce costs of a booking!

As we keep preaching, add some AI, voice search and new monetary systems and the eco-system, will look completely different. You will still have to make the beds though unless you have a robot! 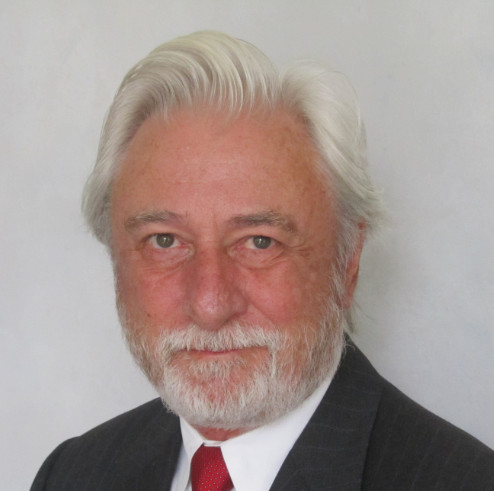